The Decade I Balanced in Three Inch Heels: My THIRTIES 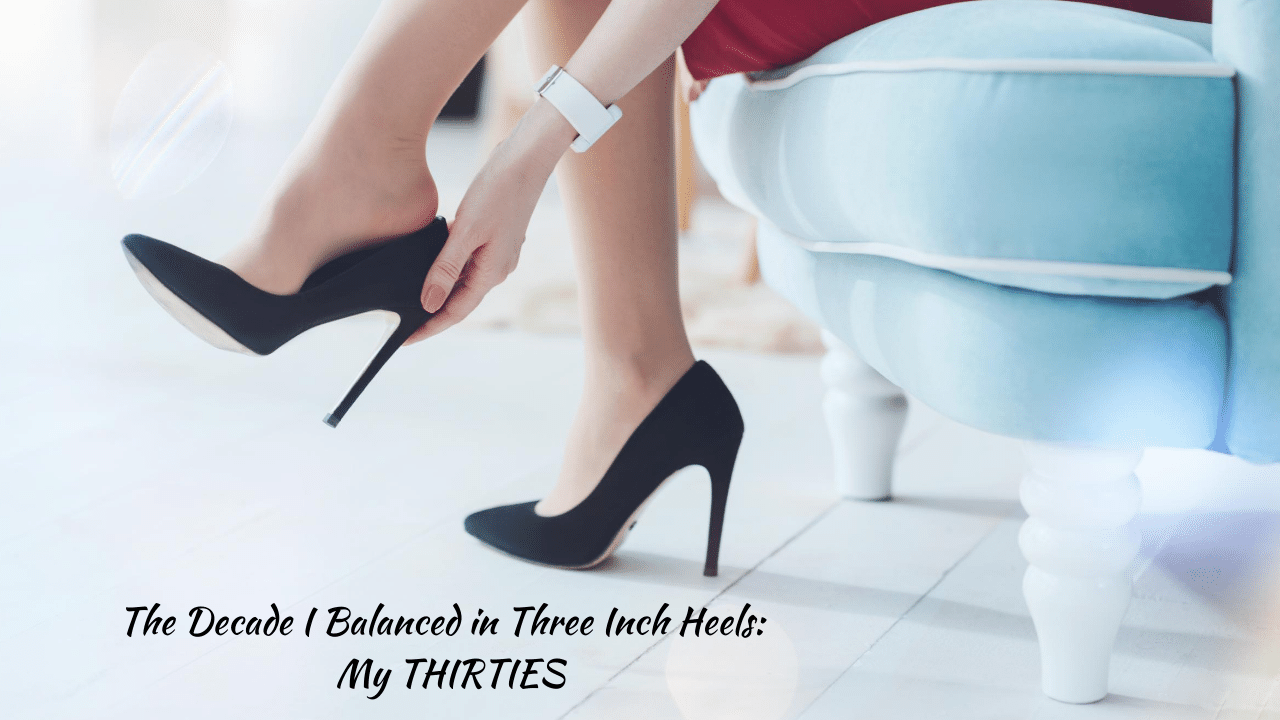 My third decade began in 1984 while I was employed in the executive and corporate aviation world. The culture and personalities of this micro industry taught me a great deal about what to do and what not to do to advance my career and dodge trouble.

I learned many skills including how to recite the aviation alphabet and hold my liquor like one of the boys. We worked hard and we played hard and for sure, today, many of the then accepted practices and behaviors would be forbidden. Let me just say the #MeToo club had lots of members.

My thirties were a very pivotal time in my identity development. This decade included my second divorce and my third marriage. I expand on this in the chapter  "Serial Wife". in my book.

This decade was also the beginning of my education in the chemical industry, and a discovery I had an affinity to sales and marketing because of my fascination with the uniqueness and motivations of people.

Initially, I was terrified at the prospect of convincing someone to buy a commodity from me, but soon I learned I wasn't selling chemicals, I was selling solutions to problems. Often those problems had nothing to do with business and everything to do with the decision makers’ own personal struggles and aspirations.

As a lifelong learner, I was fascinated by the connection between the often-maligned organic chemicals and all of the creature comforts that I and my friends enjoyed.

The chemical industry had a bad reputation; deserved due to earlier management practices but I was encouraged by the trends toward environmental stewardship and sustainability.

After only three years of learning on the job, the Universe conspired to make me an entrepreneur.

I had not planned it. In fact, I would have burst out laughing if someone suggested I start a chemical distribution company. After all, I had only a high school diploma, no formal chemical or business education and no financial support.

The industry was controlled by older white guys – the kind my friend Hanne calls “the Pale, Male and Stale club” and it was crazy to think they would allow me to break in and make enough money to support my family.

I believe I succeed because I didn’t know how to run a chemical brokerage and so I did it my way. If you read my story, you know that worked out very well, and for twenty years, I had an extraordinary adventure.

At age 34, while unemployed and trying to build my home based Mary Kay Cosmetics business, I proved once again - everything that I’d learned, done, or failed at in my past, was preparing me for the next role in my life – if I trusted and took a leap of faith – in myself.

I learned a great deal.

I built an 8-figure, global chemical business – my own #Femmepire.

My story and where it led me is told in depth in Who I Am Now? Feminine Wisdom Unmasked Uncensored

Looking back to my thirties, some of the most valuable things I learned were: