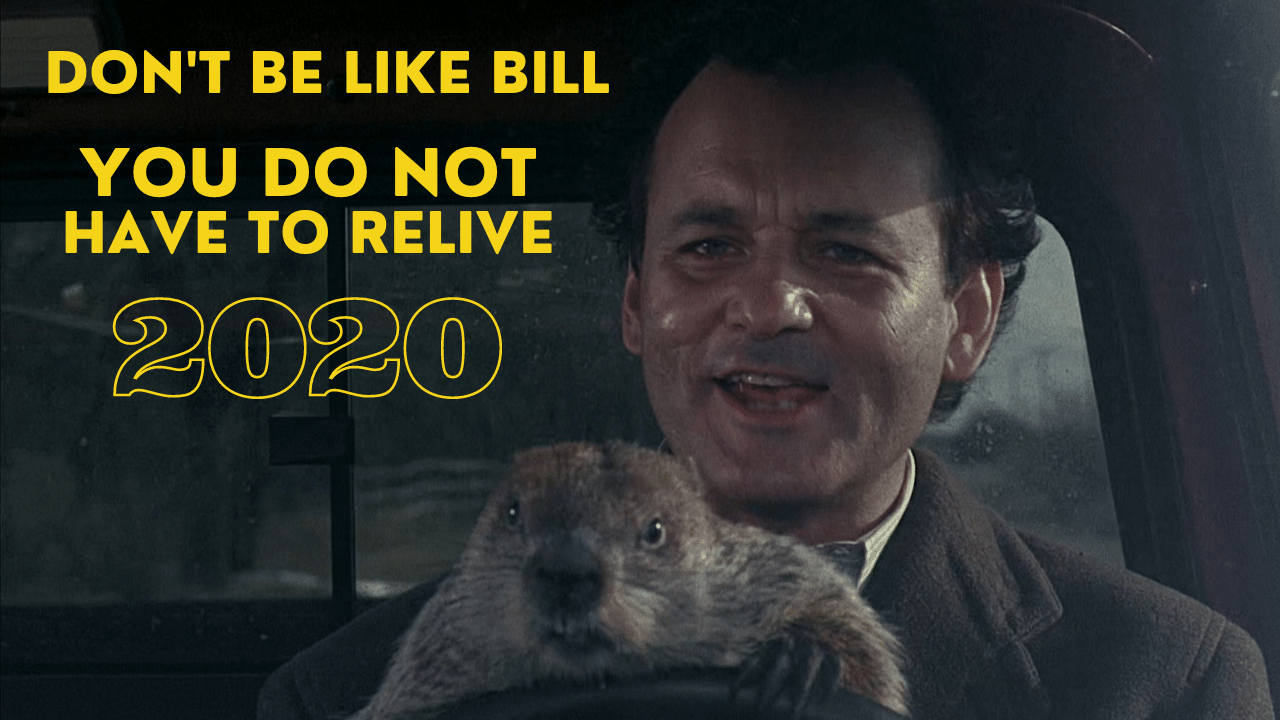 According to U.S. News, 80% of people give up on their New Year’s resolutions by the second week in February – ironically, just after Groundhog Day!

If you don't want your life to resemble a sequel to the iconic 1993 movie Groundhog Day, starring Bill Murray, you have to shake some things up, peer deep into your soul, invite change just like the seasons and, most important, have a vision of what your “not-more-of-the-same-drama" life could look like.

At the end of each calendar year, I peer down my proverbial groundhog hole. But rather than wait for sun or cloud to reveal my future – I prioritize creation of an updated visual representation of the future I desire.

No doubt there are some aspects of 2020 we do not wish to repeat in the new year.

What a nightmare it would be to continue to wake up day after day and relive the circumstances that keep us stuck, unsatisfied and feeling like time is running out to do the things we’ve thought about, dreamed on and longed for.

A welcome holdover from my many years as a business owner is appreciating the clarity and confidence that comes with creating a plan, strategic and detailed, that charts clearly where I want to go and the steppingstones to get there.

Over decades of using various models and methods of strategic planning, goal setting, declaring intentions, making vision boards and stating resolutions, I realized critical elements for success were missing in each model.

Not content to leave my future to Bill Murray or a furry, forecasting varmint, I created my own very specific methodology called the Visual Encore Plan.

Don’t be forced to relive the aspects of your life that you don’t like.
You are the author of your own script.
You are the one who casts you as the star of the future you desire.

Rather than a list of resolutions which are quickly forgotten or a haphazard vision board with pictures randomly torn out of magazines, I use a unique process to reflect through the why that is the foundation for my future.

It is important to remember that our WHY changes overtime as we evolve,
and our lives and relationships change.

Visual Encore Plan’s step by step process guides you to express your subconscious desires – literally and visually, and update your vision for the life you want to live now.

Kept vivid and visible, your Visual Encore Plan acts as a catalyst for your conscious choices and actions.

See it. Believe it. Achieve it.

Figure out your future priorities faster than the character Phil in Groundhog Day. Get  my step by step system NOW to envision your 2021 and beyond. Star in your own movie!  Visual Encore Plan

Wishing you visions fulfilled and a life you love!

‘In the years since its release, the film (Groundhog Day) has grown in esteem and is often considered to be among the greatest films of the 1990s and one of the greatest comedy films of all time. It also had a significant impact on popular culture; the term "Groundhog Day" became part of the English lexicon as a means to describe a monotonous, unpleasant, and repetitive situation. The film has been analyzed as a religious allegory by Buddhists, Christians, and Jews, who each see a deeper philosophical meaning in the film's story.’

Psssssssssst - if you enjoyed this content, click the blue button on the side - Join My Blog - and be in the front row for more!